Get fresh music recommendations delivered to your inbox every Friday.

Live At The Hopper House 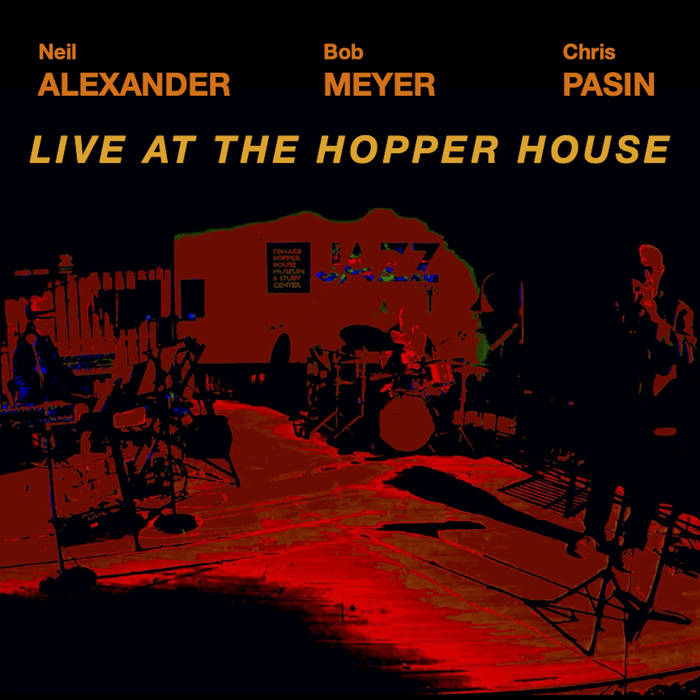 This trio first performed at a small club in Newburgh NY in 2019. Plans for subsequent performances were shelved due to the coronavirus pandemic of 2020 (still going on as of this writing). Since performances had become all but non-existent, I began to experiment in the studio. One of thee experiments was called "Requiem", an entirely improvised track, built one layer at a time. Starting with the keyboards, my intention was to have Bob improvise the second track. Upon completion, it became apparent that a 3rd track was necessary, and Chris Pasin layered his improvised track on top, seemingly effortlessly. (Watch the Requiem video on youtube: youtu.be/B8c3l0iKGwg).
In August (among a surprising flurry of activity) we were invited by Jazz in the Garden to perform in their limited 2020 series, and graciously accepted.
The 3 Jazz Standards (and one fusion classic) offered here were used as "jumping off points" to get into our extended improvisations. This also helped draw in the listeners, (some of whom were expecting a more traditional jazz performance). Guitarist Joel Newton, a well known regular on the Nyack scene, was invited to sit in with us, seamlessly melding with the vibe of the performance, and Bob captured the whole thing on a Zoom Q8 portable recorder.
We were very fortunate to have this opportunity to perform during this time, and I'm proud to bring you the entire 100 minute mastered performance. Special thanks music be given to Bert & Chris Hughes, the Edward Hopper House Staff, Joel Newton, the audience (a surprising turnout which included many friends and musicians, some of whom hadn't performed in months) and of course Chris Pasin and Bob Meyer.
We'll see you on the other side of all this...

Special thanks to The Edward Hopper House and Bert Hughes & the "Jazz In The Garden" Series.
Cover Art by Neil Alexander
©2020 Neil Alexander/Meate Dream Music B.M.I.